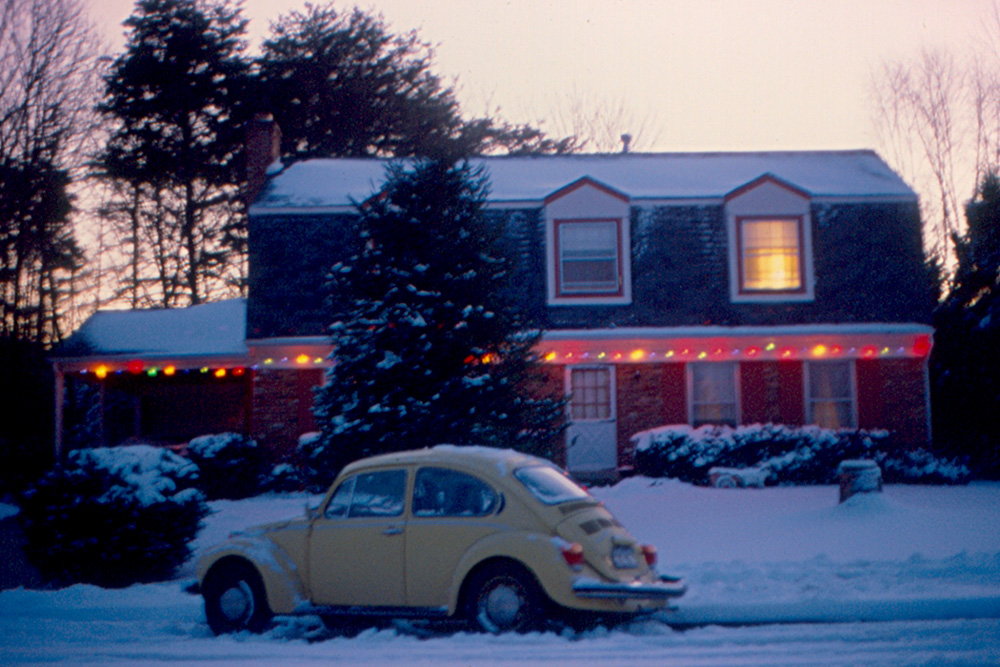 Christmas this year
Should cost at least
A thousand dollars.

It should be In the Ideal Bar & Grill
On 163rd and St. Nicholas
Waiting for the first
Tattered little boy
To come in selling
Tomorrow’s morning papers
Roughing up his hair,
Giving all his papers away
And giving him
A hundred dollar bill

It should be
Walking through the Bowery,
Finding the drunk
Shivering in the dark doorway
And giving him,
Instead of a religious tract
Or lecture,
A hundred dollar bill.

It should be walking,
Down Beale Street,
Stopping the first
Poor black child,
Giving him a smile
And a hundred dollar bill.

It should be
In Albuquerque.
Not a donation to a fund,
But taking the time to find
The sad-eyed Chicano child,
Taking him to a toy store
And letting him run riot.
Picking up the tab, the toys and him and
To take them to
Wherever or to whatever
His home may be,
And leaving him the change
Of a hundred dollar bill.

It should be in San Diego
Out on the wharf,
With the old fisherman
Who mends nets
Because the tuna
Don’t run for him Anymore.
A â€œVaya con Diosâ€
And a hundred dollar bill.

It should be In a Santa Monica Bar,
Smiling at the tired barmaid
Who came to the coast
To be a star
And only found reality,
Giving her conversation, Respect,
And a hundred dollar bill.

It should be in
A Nob Hill restaurant.
Giving the maitre d’
A smile. And the busboy,
Who no one has noticed
All year,
A hundred dollar bill.

It should be
With a little old lady
In San Francisco’s Mission Street
Selling flowers, Late at night
In the Tenderloin
Taking all her
Wilted posies,
Giving her a kiss
And a hundred dollar bill.

It should be
In Seattle’s skid row
Down near the Totem Pole
In Pioneer Square,
Giving the startled
Indian panhandler
A measure of returned pride
And a handshake
And a hundred dollar bill.

It should be the last saved
For the thief
Anywhere,
Who needs it worse
Than anyone,
Not just the money
But the need to
Be superior to someone.
Let him steal from me
A hundred dollar bill.

But most of allâ€¦To have any value at all,

*I read and post thisÂ  poem every year. It means so much to me.

Someone I used to work with told me that some people find this poem racist and that I shouldn’t send it out anymore. Painful advice that I actually let sit in my heart for a long time.

Yeah, sure, taken out of the context of the year and the man, I guess folks can attack my dad.Â  As I look at all of our holiday photos from when I was a kid, and of the 6 women my dad loved though his life, it looks like this poem. Differences not just accepted -Â  enthusiastically embraced and celebrated. He didn’t see anyone as pitiful: he believed the most stunning humans are those that according to the common society are unseen. He proved this to me over and over as a kid. TheÂ  ‘perfect’ dull compared to the real.

And, my dad did pick up people off the street of all backgrounds who had no where to go. It was a little unsafe sometimes and still taught me a lot about inner beauty and love. If anyone reads this poem with judgmental 2011 cynical eyes- they are missing the point.Â  I read it with my heart.

All of us crave to be seen (loved for who we ARE not who we pretend to be), to not be invisible and to matter. As I gave away my 100 dollar bills this year the interactions were not once about the money. It was 4 eyeballs spending a moment in gratitude and just being human.

Today is the first day I ever truly made the connection that the first little boy in the story is my dad. He was raised in the ghetto in New York and sold papers to make money for his mom… back in 1936. Wow. I wonder why I missed that all these years.

and I miss you dad. You are in my heart and my thoughts every single day. My little boy is like you. He sees people. Won’t let me walk by a homeless person, a musician on the street or anyone without acknowledging them. Your little girl is also like you, I see what is beautiful in people. It is sometimes hard and it is always there.

I am not sure why I am so lucky in this lifetime and I am so very grateful for it.

I love you more etc Dad.